Ever Wonder How an Allergist Treats Her Son’s Eczema?

Oct 27 Posted by Office in Allergies 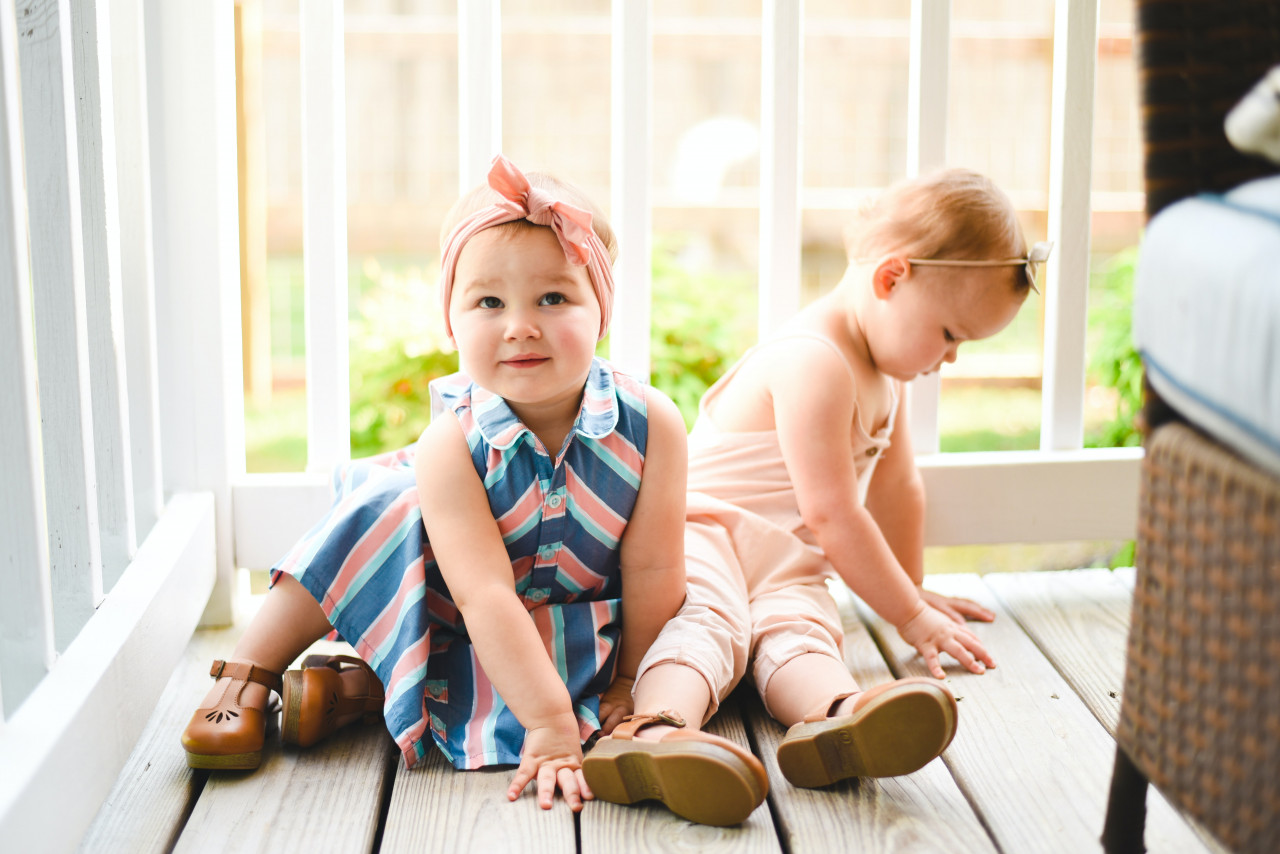 I thought being a pediatrician would give me a fairly large advantage in the game of motherhood. Unfortunately, I learned quickly how my preconceived plans and mantras were “cute” in the eyes of my ferocious newborn Evelyn.

By the time my second kid, Tanner, was born I thought “this was it.” I could use my knowledge and experience to finally have the perfect baby experience. I almost had it until he turned 2 months old and the first signs of dry skin appeared. I admit I was a bit sleep deprived and likely in denial that me, an allergist of all people, could have a kid with eczema. Thank goodness, our pediatrician gently guided me on the path to accepting there was an issue and that I had all the “know-how” to fix it.

I thought to myself, “I’m going to cure this eczema in a week and be right back on track.” Well, after several weeks of short daily baths, dilute apple cider vinegar baths, and an entire basket of lotions and ointments of every brand and cost that didn’t work, I was beyond frustrated. My son’s eczema and non-stop scratching was only getting worse. It was like I had to coach myself. I used to say to families that eczema isn’t a race to the cure, it’s more like a marathon. At that point, it felt like I was running the 100-meter dash, then jumping over hurdle, after hurdle only to realize that I'd accidentally signed up for an ultra-marathon up the Appalachian trail. Sleep deprivation does mean things to your brain.

Now, I’m just like every parent out there that would rather avoid medications for their own kids if possible. But, no one was sleeping well in our house, and it felt like my son was never going to get his hands free from the little baby mittens. As soon as they would come off, he would dig at his skin. I was now mentally ready to use a topical steroid. And it absolutely helped. Note to parents: an appropriate strength topical steroid under physician guidance can be miraculous, but please be cautious in over-use. A weaker topical steroid like over-the-counter hydrocortisone 1% used daily long term has more side effects than a few weeks of a higher strength prescription topical steroid.

You would think that’s the end of the story, but it’s not. That stubborn eczema on his adorable chubby cheeks, legs and arms kept coming back week after week. There were good weeks and bad weeks, but at that point it was time to level up the treatment game. The problem is nothing is going to get the redness and fire out of eczema like a topical steroid. But side effects of using topical steroids daily for more than 2-3 weeks at a time include: thinning of the skin, developing little surface capillaries, and the steroid becoming less effective. Don’t worry though, there are excellent maintenance topical ointments that do not contain steroids. This group of medications include Eucrisa (crisaborole), Protopic (tacrolimus), and Elidel (pimecrolimus). They aren’t powerful like steroids, but they slowly train the immune cells to calm down in the skin and not be hyper all the time. The only catch is that they need to be used twice a day, rain or shine for at least 4-6 weeks before you see the first signs of improvement. I chose Eucrisa for my son for a few reasons, but each medication has its plusses. After the first few days, I wanted to quit. I was tired, and it felt like a second job constantly moisturizing his skin and applying topical meds. But I thought to myself, if I quit now what kind of scientist would I be? So, I persisted.

It was slow going, but Tanner’s skin started to clear up and stay cleared. As time went on, I figured out what were his specific triggers, usually heat and sweat. I don’t even want to admit how long it took me to figure out that car seats are hot (like being half covered in a puffy Winter coat). We got

better at avoiding his triggers. And like any normal human being when his skin looked better, I would forget to apply his medicine. Then it turned into weeks, then months. And summer would arrive in Florida and it was back to applying his medications. This happened for years, and when he turned five years old the eczema just stopped. I wish I could say I did something amazing to turn the tides, but like many mild eczema kids, the secret is time.

For moderate to severe eczema of all ages we have many other treatment plans as allergists. We can consider environmental allergy skin testing to help avoid environmental allergy triggers and for some patients, environmental allergy shots can make a big difference. Now many, many families come to me asking if foods are a trigger for their eczema, and the real answer is “probably not.” Eliminating foods from a diet is highly burdensome, especially for a growing child. There are studies that show cow milk avoidance can cause a small decrease in height compared to cow milk drinkers. As a pediatric allergist I often encounter bigger issues created by focusing on food as a cause of eczema. Kids with eczema may be mildly sensitized to eggs, milk or other highly allergenic foods (showing up as a positive allergy blood or skin test), but have a high tolerance to them and do not have reactions when eating them. Yet, as quickly as four weeks of avoidance, they can lose their tolerance to that food. This takes you from just an annoying eczema problem to also having a potentially life-threatening anaphylactic food allergy problem. Nobody wants that, and we try all other avenues to control the eczema before we talk food elimination strategies.

Now, when is this the point where we do food allergy skin testing or bloodwork? The answer is often, “never.” Believe me, if there was a reliable test that helped pinpoint food intolerances/eczema triggers, I would have signed up for that teaching course a long time ago. Any food intolerance test you can order on the internet is pseudoscience. Please do not spend your hard-earned money on false hope. There are a few families that have come to me and say that eliminating gluten or milk completely changed their lives, I believe them, but my goal is to come up with a plan to slowly and safely introduce these foods back into their diet and discover their threshold of tolerance without triggering eczema or anaphylaxis.

So, is that all of the treatment options? Not by a long shot. We live in amazing times and there are many additional therapies to try. Perhaps the most effective “magic-bullet” we have for severe allergic eczema is a shot called Dupixent (dupilumab). It’s given at home every 2 weeks and is approved for children six years and older. I’ve taken care of kids in the Tampa Bay area as an allergy fellow in training, and watched the same kids get hospitalized over and over again for their terrible eczema. Years later, I’ve been blessed with caring for a few of these same kids. When they were finally approved for Dupixent, I watched them change and blossom into their full potential. I’ve cried tears of joy with these families at how “normal” these kids look and feel.

As an allergist and a mom, my best words of advice are not to settle for bad weeks and ok weeks of eczema. Everyone has a treatment plan that will work for them. You just have to keep trying and find the right doctors to guide and encourage you. I feel I've become a better allergist from my own eczema experience. I don’t blame parents for not knowing what all the many tubes of medication are for, or why they forgot to give it. Being a parent is hard. Period. Picking and choosing your daily battles with small children is important. I believe that good doctors provide patients tools and ideas, and parents find the best way to implement them. And if they still don’t work, I never run out of ideas to problem solve.